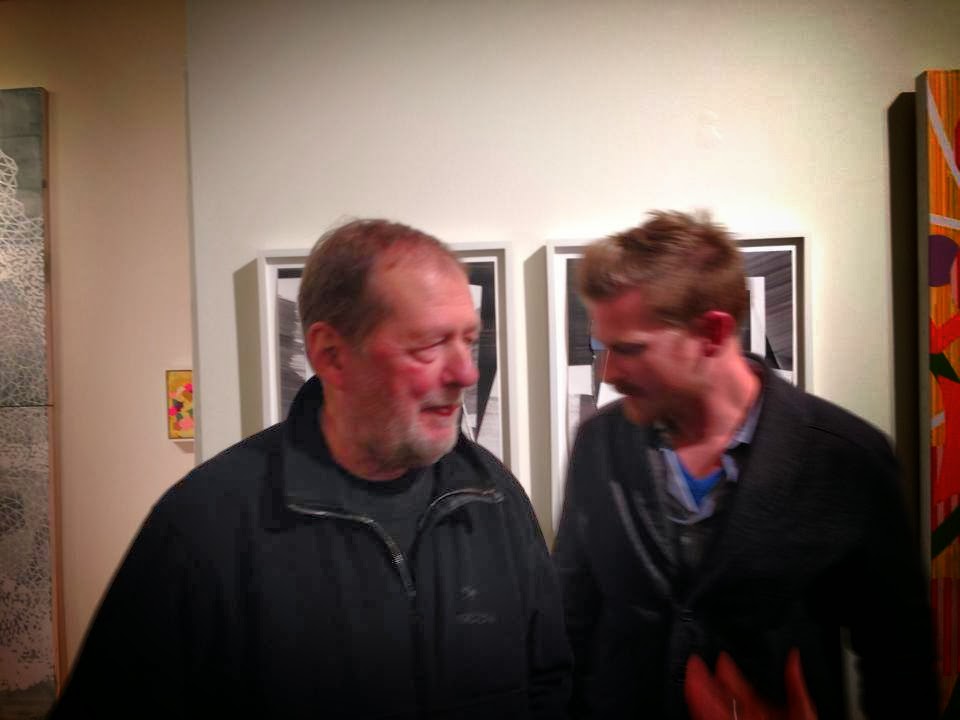 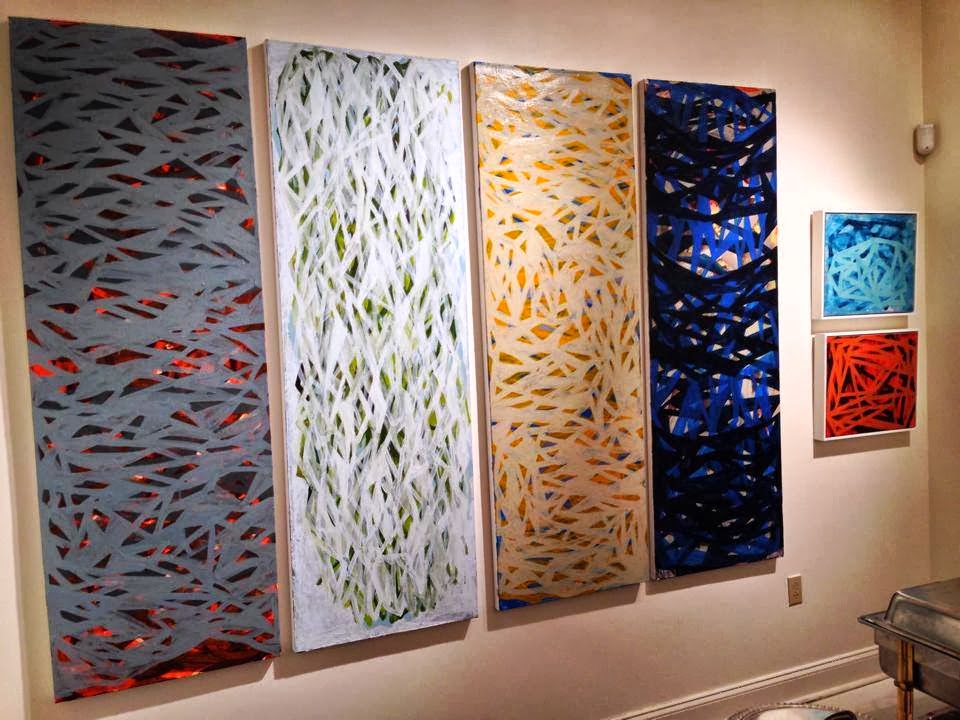 My works in the show 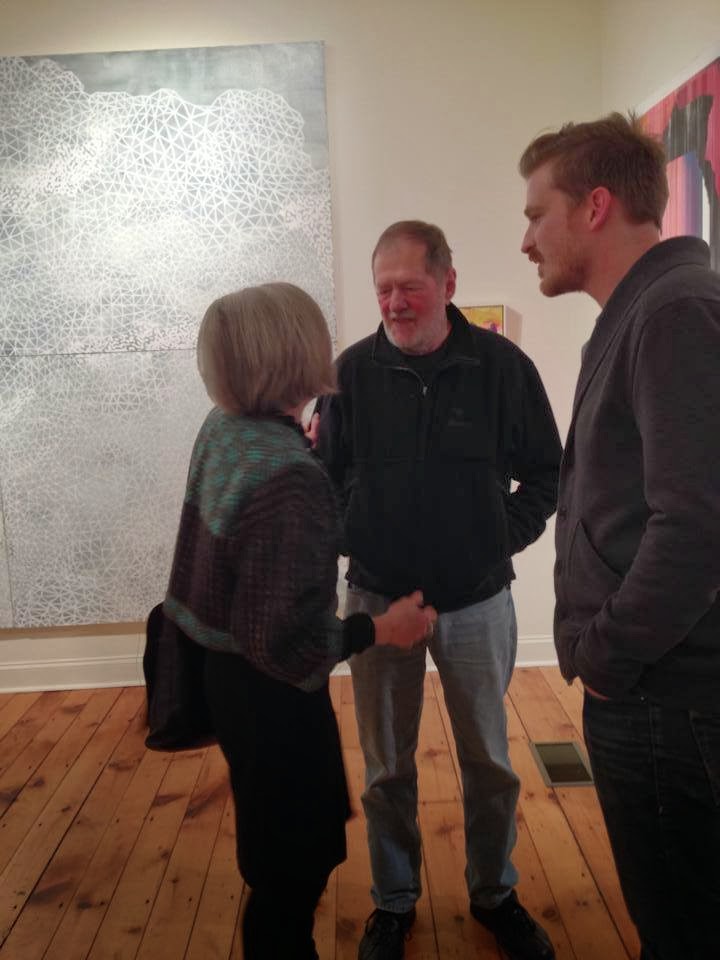 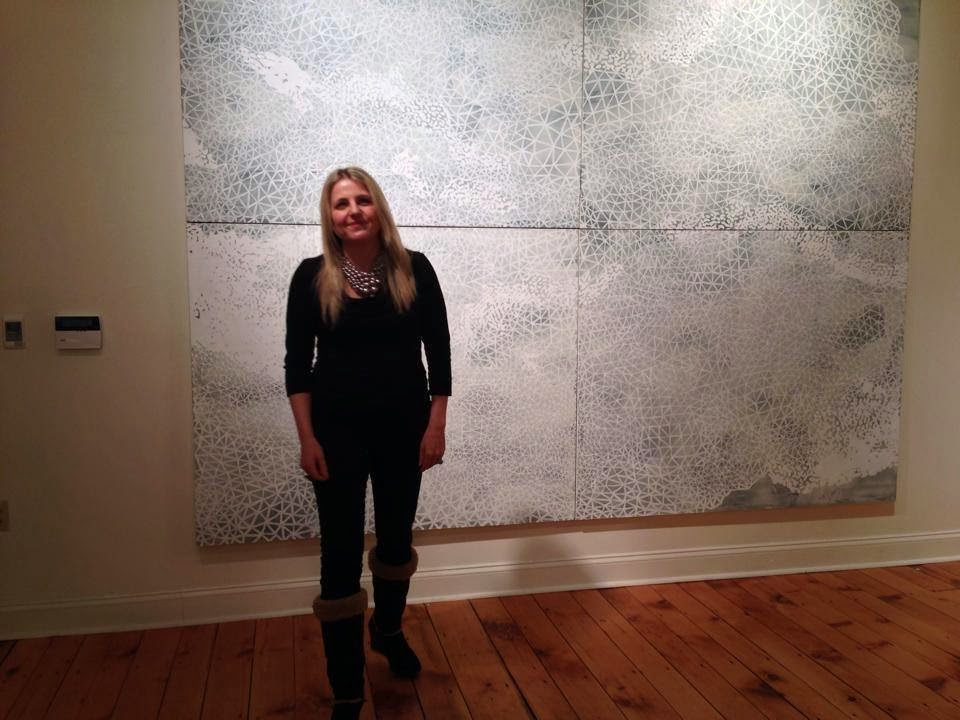 Rebecca Rutstein in front of "In White" 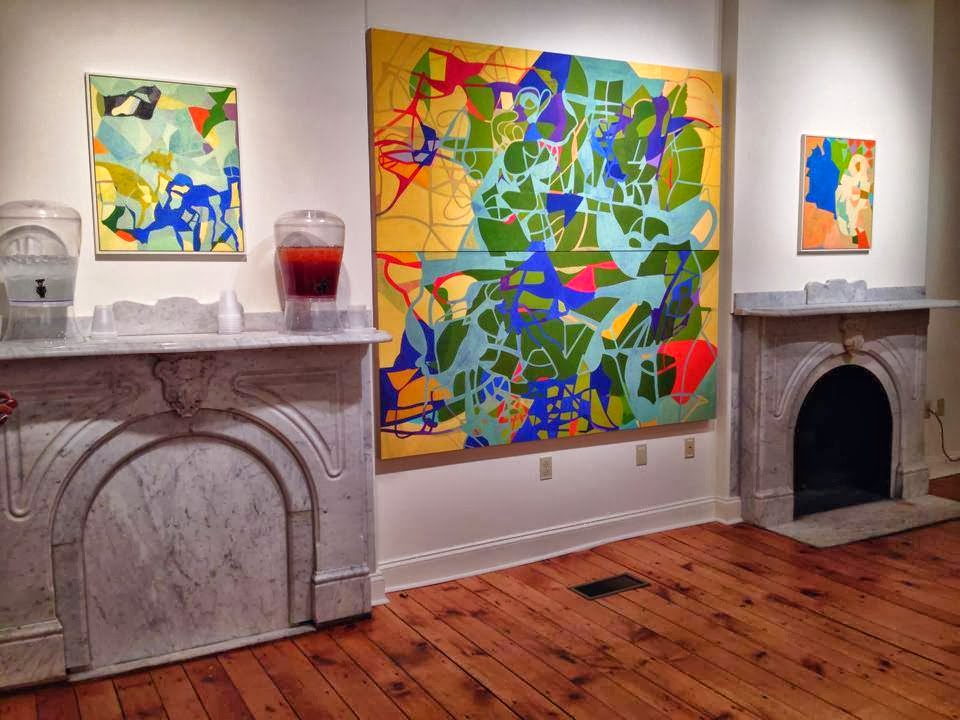 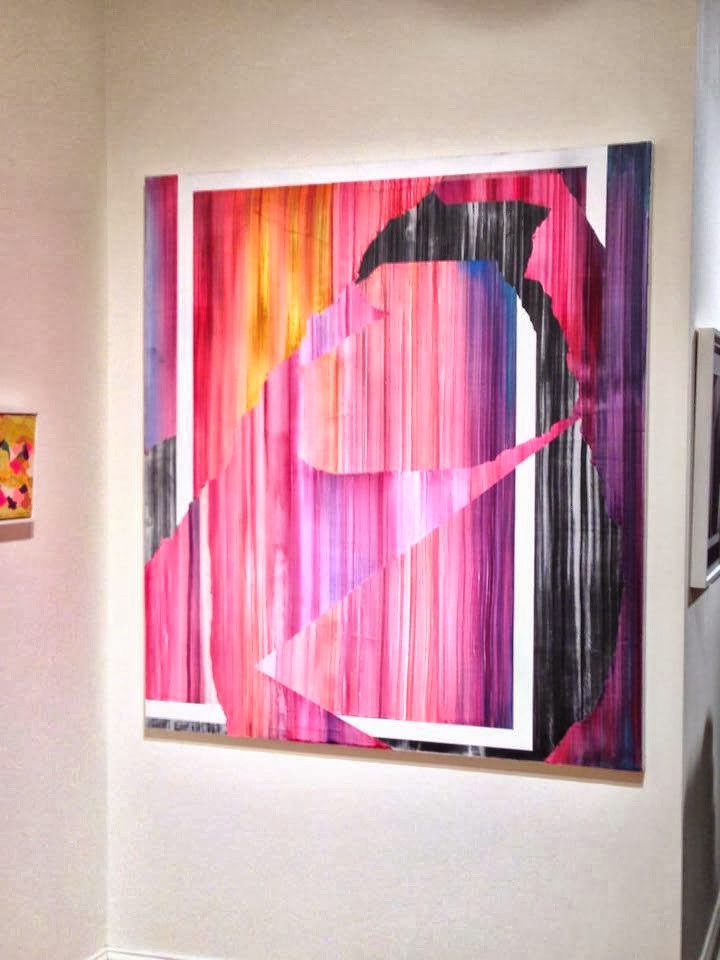 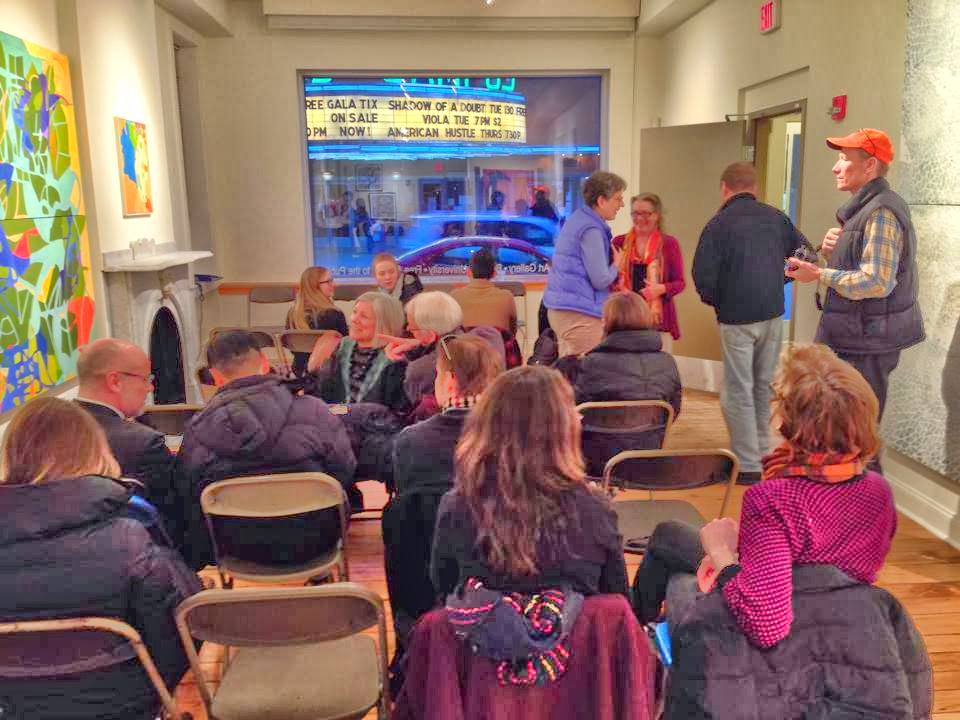 Crowd arriving for the panel discussion 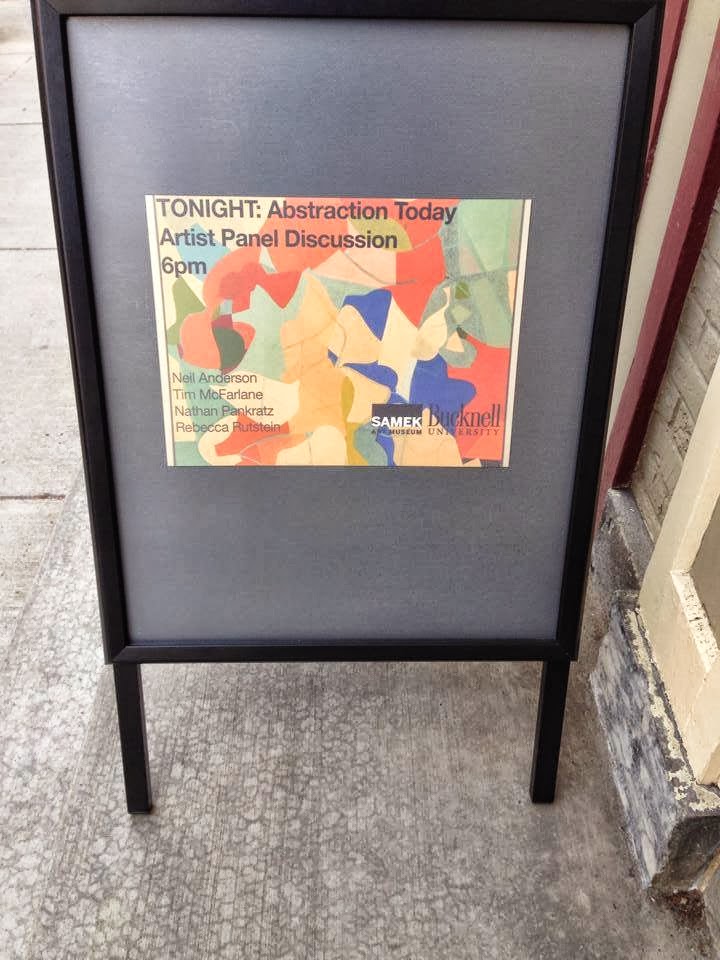 
Scenes from Tuesday's "Abstraction Today" panel discussion and reception at Bucknell University's Downtown Gallery in Lewisburg, PA. I was there with Neil Anderson, Nathan Pankratz and Rebecca Rutstein to discuss our work and take questions.

The event was very well-attended and there were some great questions from the audience. It was also nice to learn some things about my panel mate's work and processes that I had not been aware of previously. Between the panel discussion and car ride there and back, I think I talked more about art with other people than I have in the past year, since my time in the studio is spent talking to myself and at the work in an effort to figure out what the hell is going on with it. It's nice to have real-time confirmation once in a while that I'm really not the only crazy one out there with the same thoughts, hahaha!
Posted by Tim McFarlane at 11:45 AM No comments: 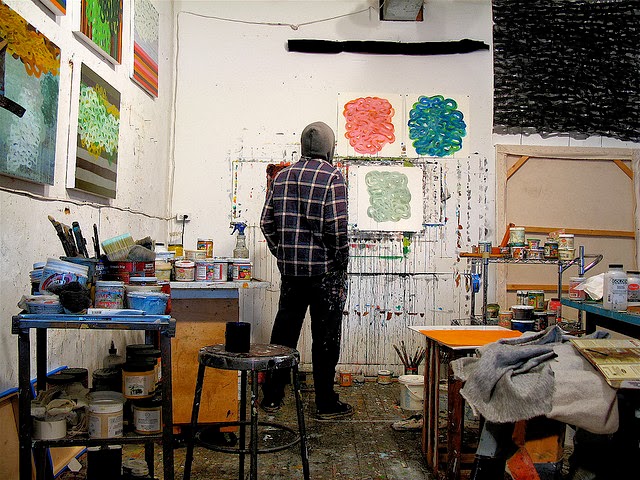 Self portrait in my studio-2008
It’s interesting to look back at images of older work that I may have forgotten about and seeing the precedents for some of the things that I’m doing now. I usually have two, maybe three different on-going projects happening at once. Some get started one year and I’ll pick up on those themes again sometime down the road. Other things get more regular attention, and still more I drop altogether.
It’s all changing all of the time. It isn’t a “there” that I’m after, it would be no point in my making art if there was. Largely, it’s the experience, and trying to make some kind of sense of that experience visually. By experience, I mean the journeys involved in making art, the concurrent concerns of life and the questions raised by all of it.
Life + art=why(?) + what if(?)

Posted by Tim McFarlane at 10:40 AM No comments: 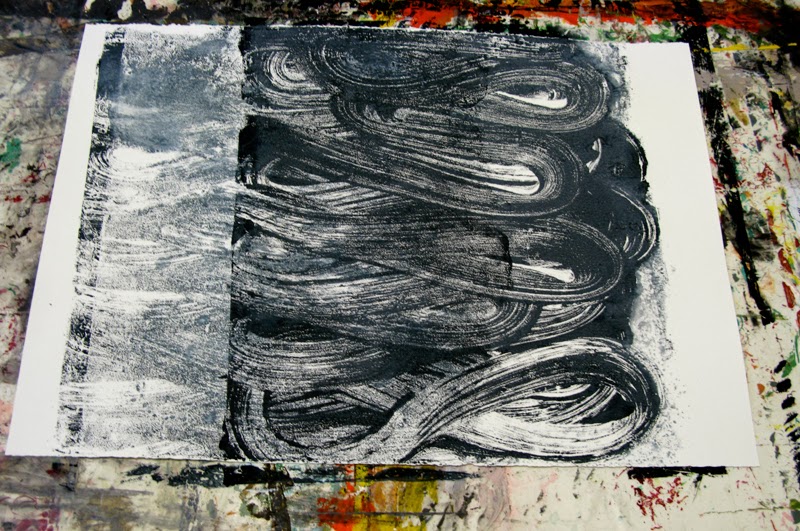 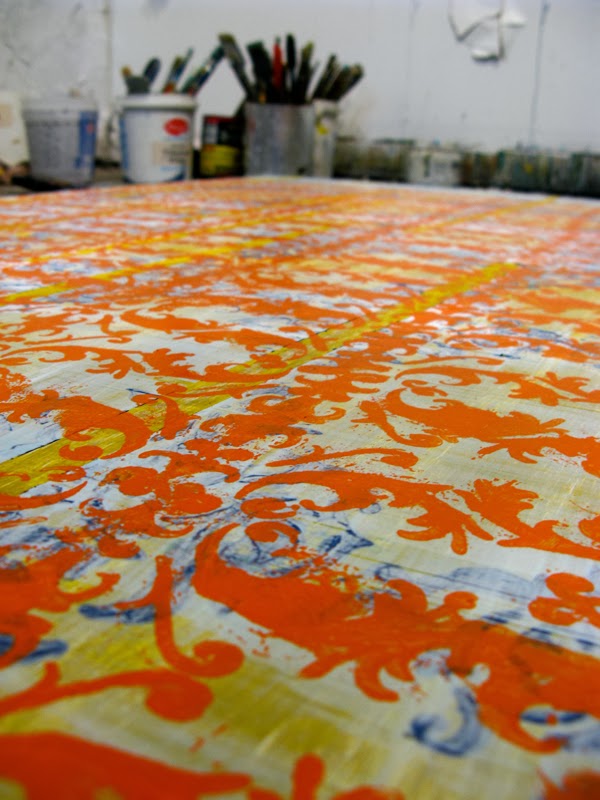 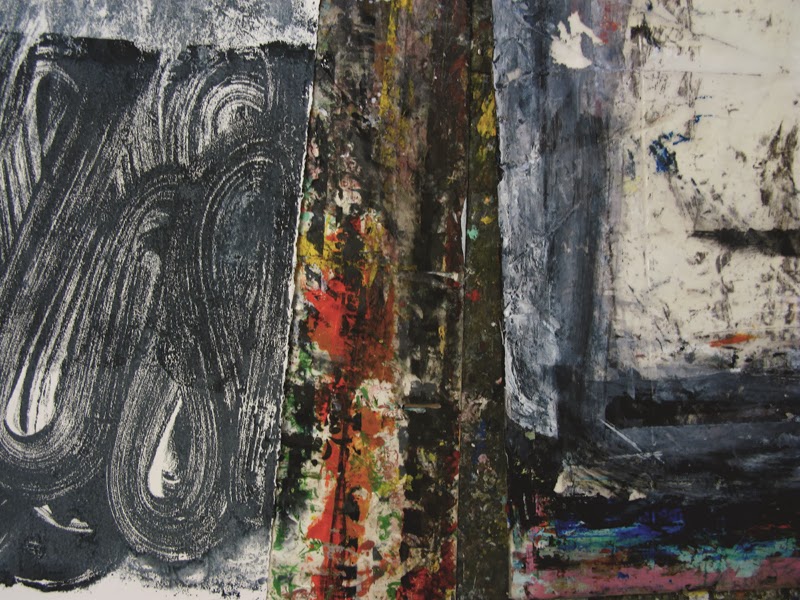 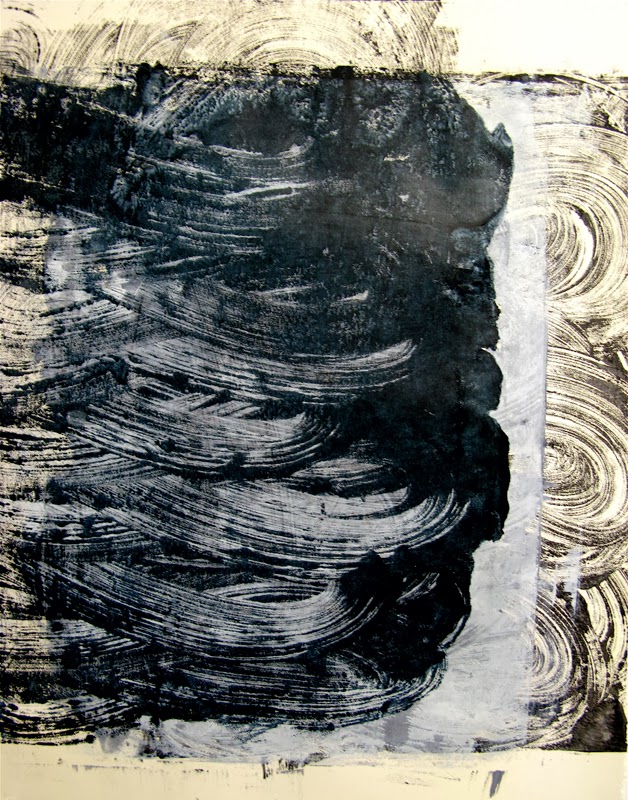 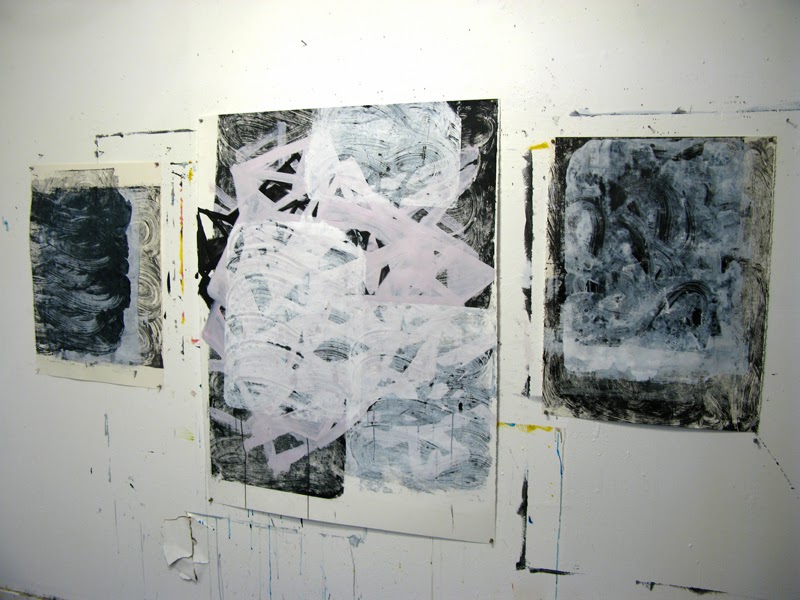 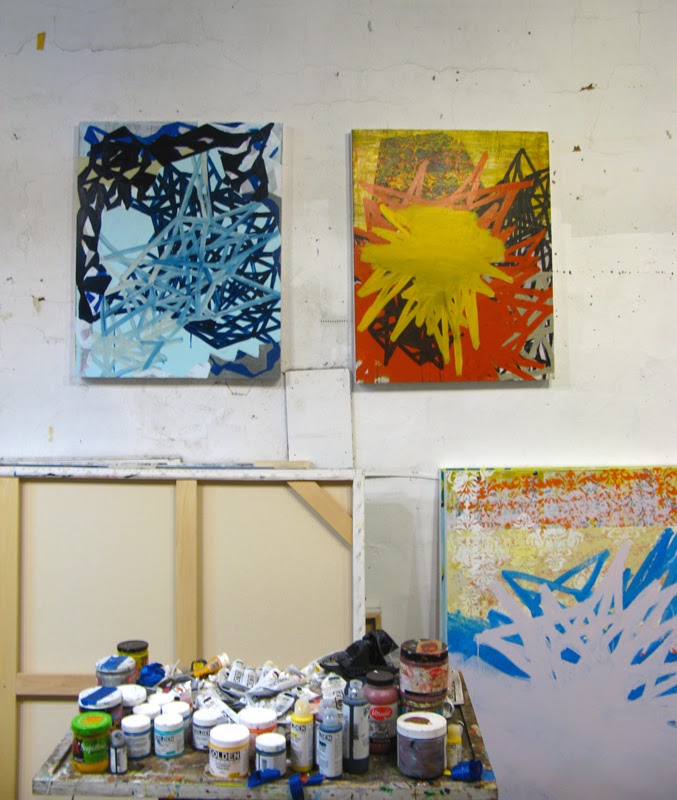 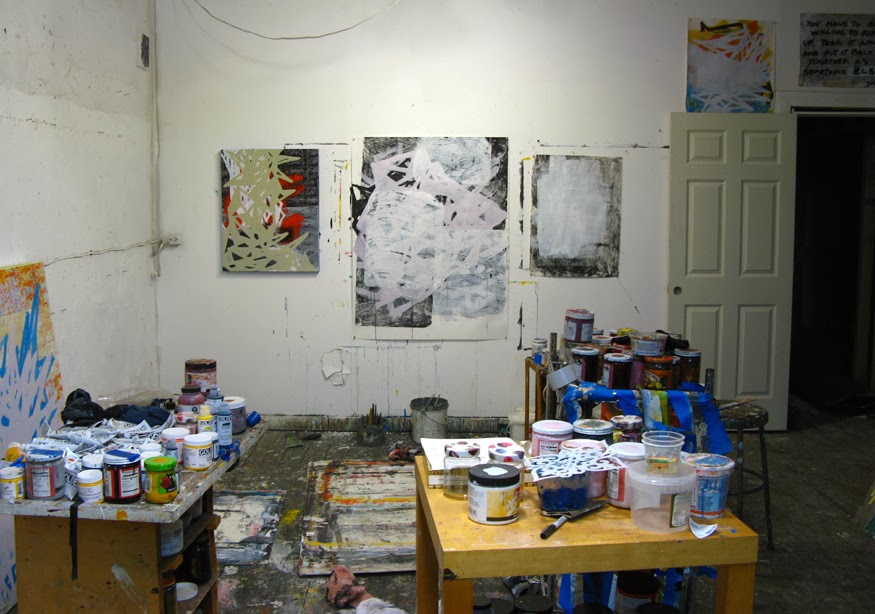 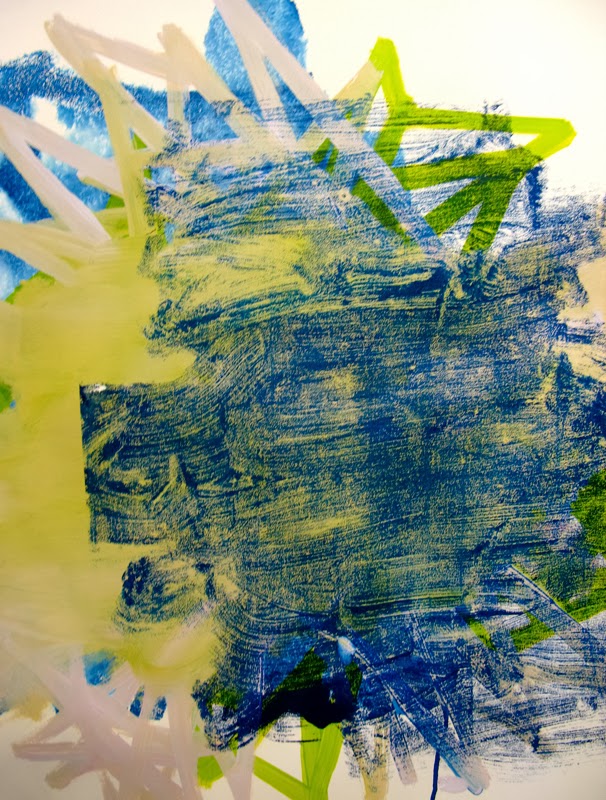 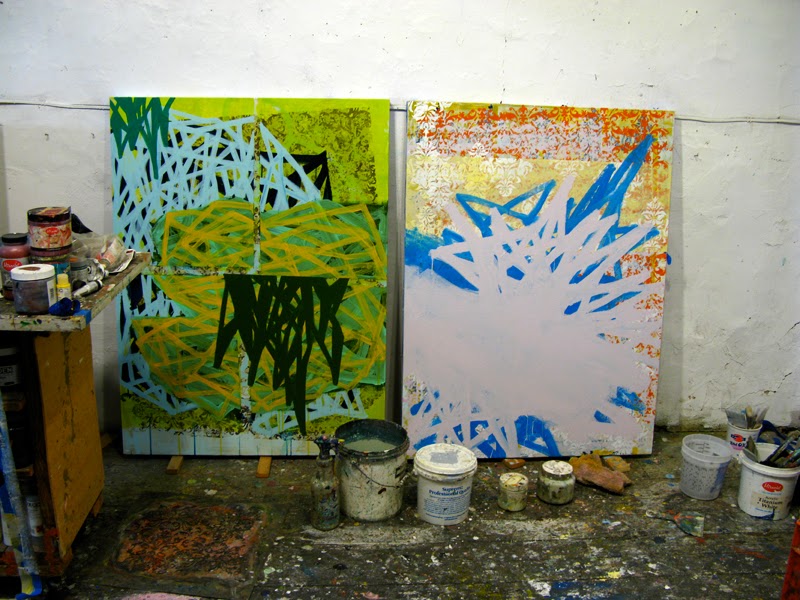 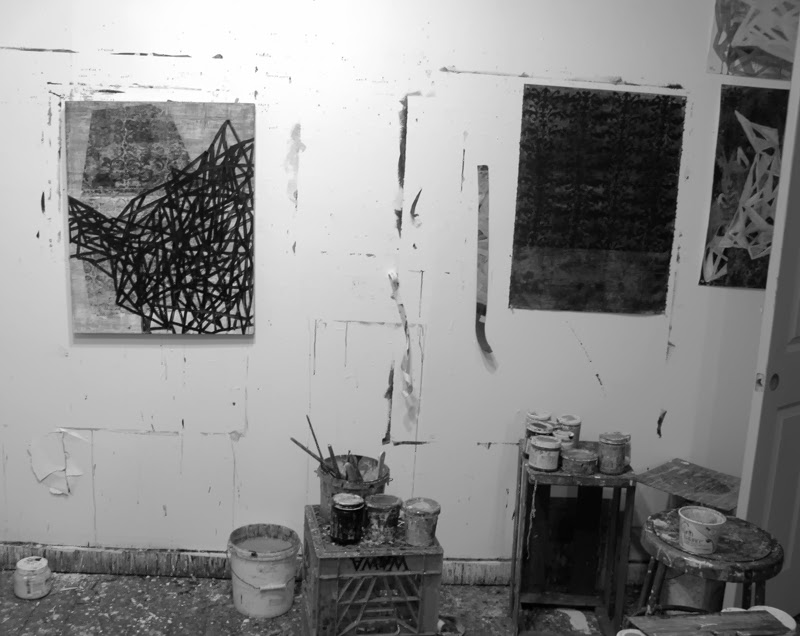 Random shots of finished pieces and works in progress

I haven't posted much about what's been going on in the studio lately because I've only recently begun to return to a fairly regular schedule. In November, December and January I was tied up with a big transition at my job, plus holiday things and *POOF* went studio time. I'm back in there now and working out some new ideas. Taking different paths with doors opened from the big studio push of last year, when I was getting ready for my September show at Bridgette Mayer Gallery.

Trying to figure out how to use the lessons learned from a recent and intense period of creativity can be difficult, especially after a period of being inactive in the studio. Initially, I was annoyed with not being able to continue through the end of the year with new work. However, in retrospect, that time away was actually good. I go through similar mental hijinks whenever my studio time is interrupted: initial annoyance gives way to, "Hey, I really needed that break". I tend to have complete tunnel-vision when it comes to time with my creative pursuits. Being forced to take time away makes me irritable and cranky at first, followed by a nagging resignation and eventually reluctant acceptance.

The good that came out of this latest hiatus is that I got some reading done, saw a couple of shows, caught up with a few people and had some time to think about what I wanted to do next in the studio. I don't think too hard about what projects I want to pursue too much because, once I start working, those things can change at the first mark I make. However, a specific idea has been at the back of my mind for a while, so I think that I'll give it some real attention and see how things work out by the end of the year. I'm also going to continue exploring aspects of digital manipulation of my photographs paired with words and phrases that I find interesting. If you scroll down the page, you'll find some of these that I've already done.

Posted by Tim McFarlane at 1:42 PM No comments: 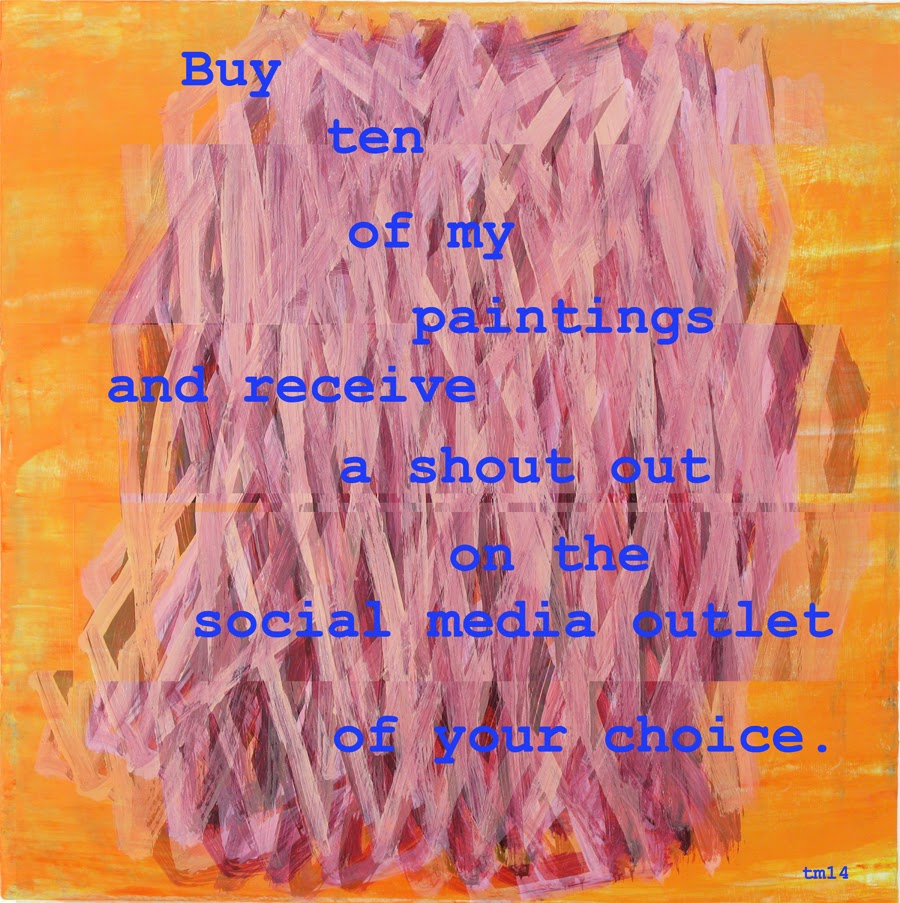 Posted by Tim McFarlane at 12:33 PM No comments:

There is no safe word in art 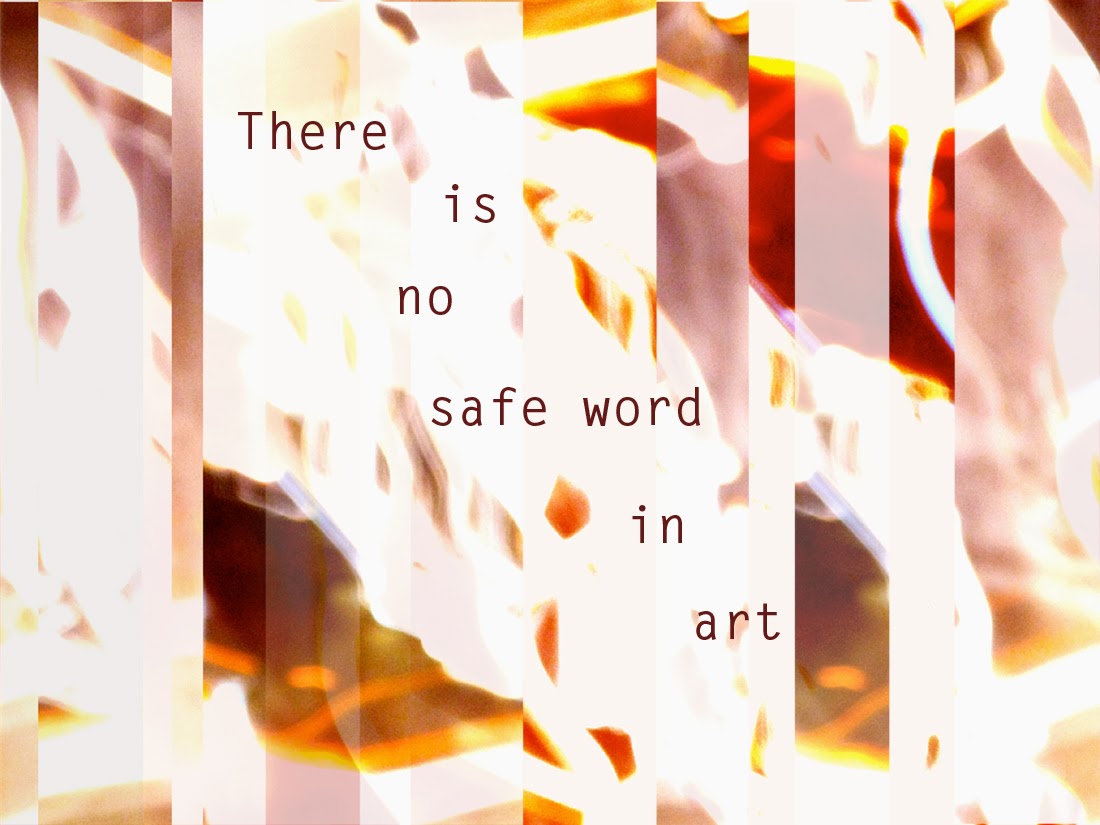 "There is no safe word in art"
digital

Posted by Tim McFarlane at 10:15 AM No comments: