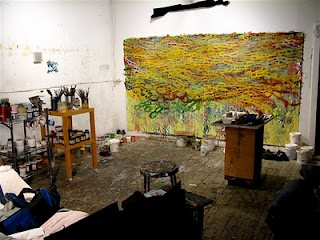 I had one of those, "Why haven't I done this before now?" moments today. In the photo above, a big table is missing. It would have been on the right side of the photo, perpendicular to the painting wall. I dismantled it today in an effort to make my space a bit more practical for the current project. The table, while useful, isn't always used and thus becomes one more surface for things to accumulate on. Taking the table apart was a breeze since it's just a large door blank that sits atop two pairs of leg stands. There are two good things about having done this a) I now get an unobstructed view of the painting if I happen to be sitting on the couch and b) I opened up the area and gave myself some breathing room.
The physical and psychological difference created by taking the table away made this session a lot easier to deal with. Doing this brought up something that I struggle with a lot: adapting to changes in order to make my time in the studio more efficient and just simply easier. I often just keep working and don't think too much about how even a slight change to the studio environment might make things a bit better somehow. I've been feeling the need for a change and wasn't sure how to act on it until today when I walked into the studio and saw that I really needed to get that table out of the way, for now, at least. What I hadn't considered previously is that I can always set it up again within a couple of minutes. I had to get out of my head thinking that it was going to be a chore and get on with switching from having a perceived problem to finding a solution.
Here's a couple of shots of today's progress: 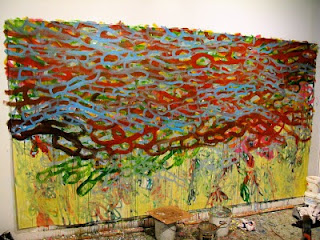 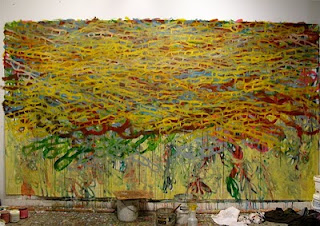 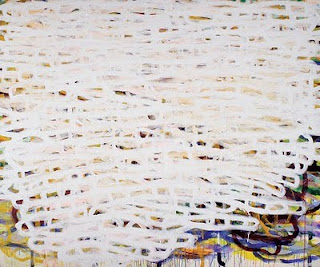 Plume, 2007, acrylic on canvas, 60" x 72"
(photo: Mark Brosseau)
I have some great news that about something that has been in the works for a while but now it's official: my painting, Plume (above), has been selected to be included in the art collection of West Virginia University in Morgantown, WV. Plume was was first exhibited at the Bridgette Mayer Gallery in 2007 for my third solo show, "When Is Now" and at WVU last fall as part of the traveling group show, "Concurrent", which is now at Bucknell University until March 31st.
Now, back to work...
Posted by Tim McFarlane at 11:11 PM 4 comments:

Made some progress today. Not as much as I would have liked, but it's moving along. 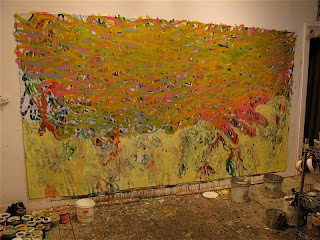 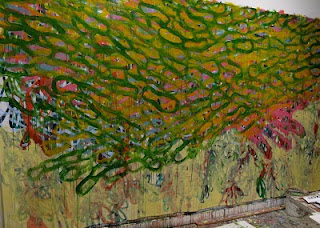 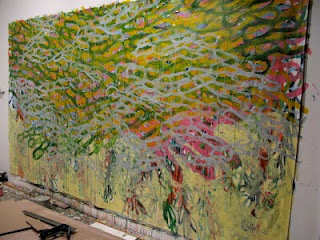 I've been working on a rather large (for me) canvas in the studio lately. It measures 6 1/2 feet x 11 1/2 feet and so far, things are going ok with it. These early stages are all about establishing a matrix that I can react against in later layers. I still don't know where it's going to wind up, but I'm at a point where things slow down a bit and I'll take more time evaluating what I want to do in the upcoming and final states. 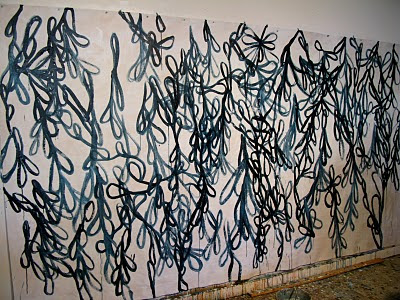 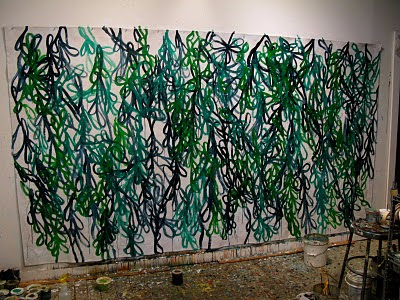 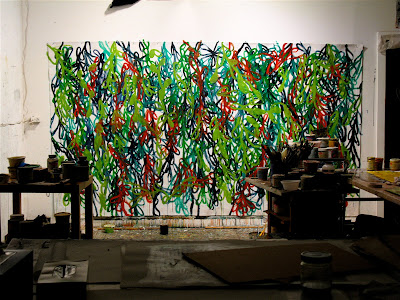 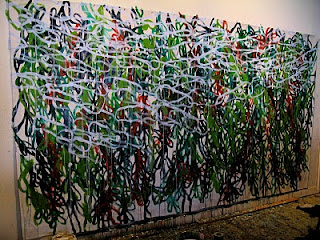 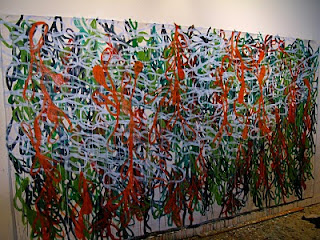 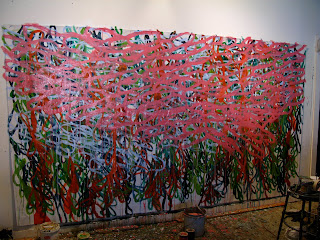 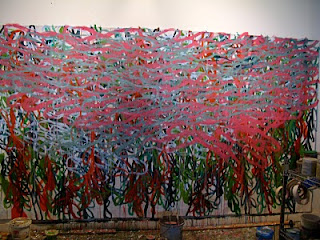 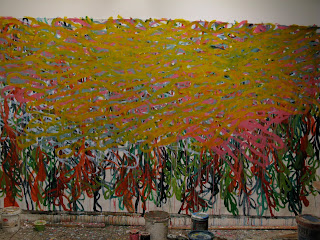 Philly invades New York!
Two shows to look for if you're in Chelsea, but there's only a week left for one and two weeks for the other, so if you're in NYC soon, check them out:
Douglas Witmer
Ring The Bells Anew
Show ends March 27th
Blank Space Gallery
511 West 25th Street, Suite 204
Ny, NY 10001
blankspaceart.com
Kevin Finklea
Memories Are Uncertain Friends
Show ends April 3rd
Margaret Thatcher Projects
539 West 23rd Street, ground floor
New York, NY
thatcherprojects.com
Posted by Tim McFarlane at 12:34 AM No comments: